The Art Bead Scene Challenge for May was a bit of a struggle at first.  Turned out to be a good creative workout though!  That's exactly why I do them! 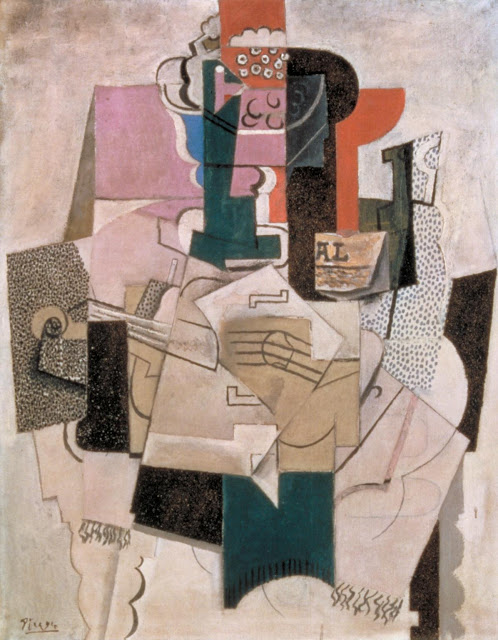 About the Art
This painting is an example of the Cubist technique that was developed by Picasso and Braque in Paris before the First World War. Cubism moved away from the traditional realistic depiction of an object from a single viewpoint. Rather than attempt to create a three-dimensional likeness, objects were fragmented and seen from different angles, blurring the distinction between two- and three-dimensional representation. The two artists were influenced to some extent by Cézanne's method of breaking down all forms into basic geometric shapes.
Here, the fragmented forms of a table, a bowl of fruit, a bottle, a newspaper and a violin can be identified. The artist has used areas of strong flat color, painted dots, bare canvas and grains of sand to suggest the presence of these objects.
This combination is characteristic of Picasso's Synthetic Cubism, in which he put together, or 'synthesised', areas of color and texture to evoke recognizable objects. The shapes and colors are skilfully balanced to maintain the appearance of flatness and they echo one another throughout to create a satisfying and harmonious whole.
—The National Gallery 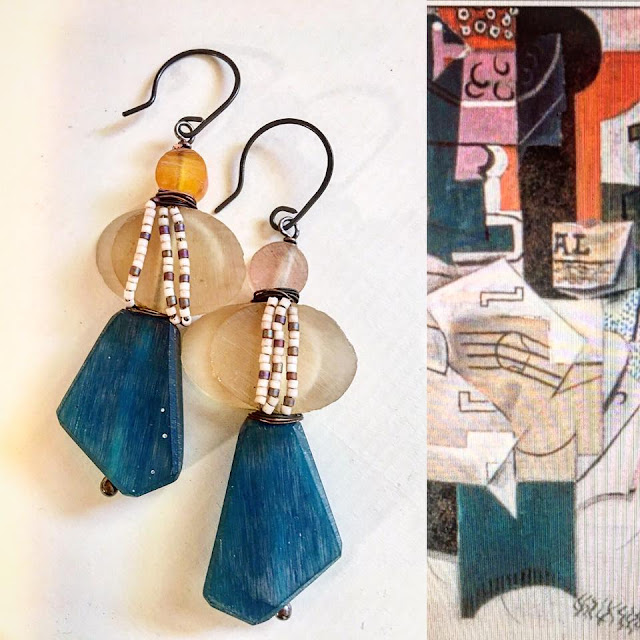 I used handmade Indonesian resin pieces. These beads are not mass produced. They are made as a  small cottage industry, often family members, working in groups of 2-3. 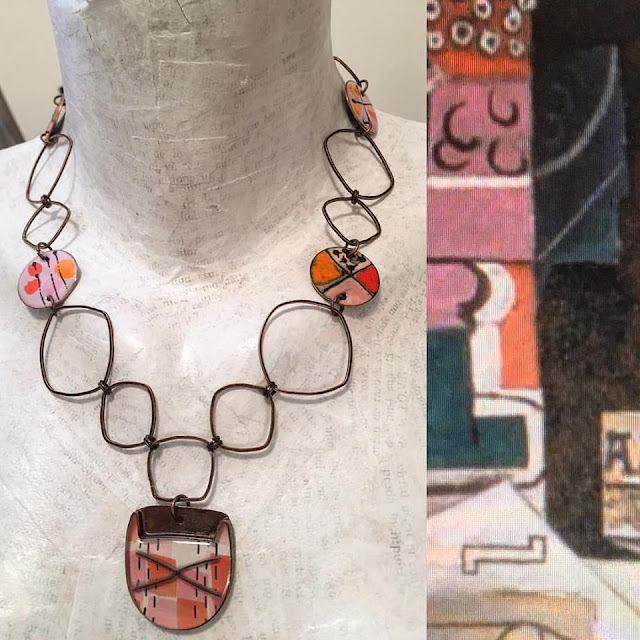 I reached into my beloved stashed of Jade Scott to find this wonderful piece.  I knew I wanted to create very defined space so I used large squared hammered rings.  Then, by some miracle, my sweet beady friend, Cathleen Zaring of Blue Hare Art Wear, contacted me and said she was inspired by this month's ABS painting and had created a set of connectors for me!!  Woo-hooo!  When I first received them I was tempted to use them as earrings, because, that's my  go-to thang.  But, ahhhhhh  look how fabulous they worked in this necklace!!  How could I not?!!!


Thanks for popping in!  I really appreciate it! 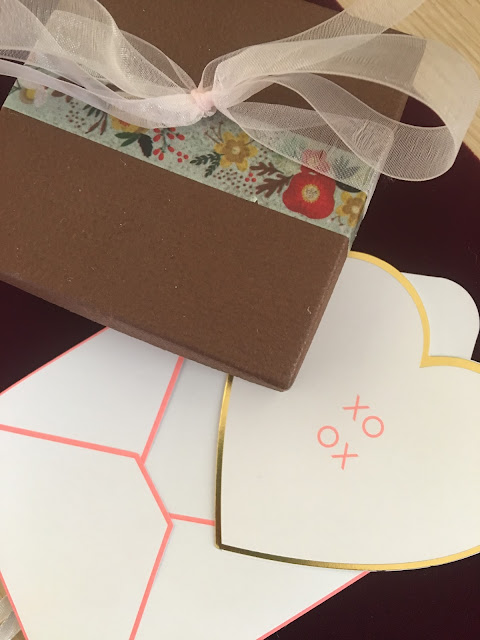 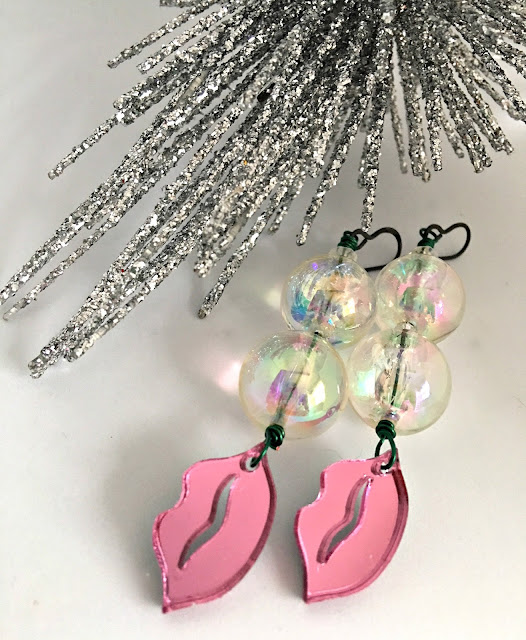 Loralee
I wandered into my first bead shop in 2007 and instantly connected. I love making jewelry, playing with the colors, textures and endless combinations! Art beads and/or vintage items are used in almost all of my work and each design is one-of-a-kind or in extremely limited editions. I've been a regular contributor to Stringing Magazine and currently with the Art Bead Scene Studio Blog as "The Earring Whisperer" and the Earrings Everyday Blog as well. You can also find me on Facebook! www.facebook.com/loraleekolton.jewelry and www.loraleekolton.etsy.com.